This year was my last year of Elementary school, which means I will be graduating Grade 8. It has been nice to have been a blogger for two years but my journey has come to an end. I may possibly blog next year, but not to make any promises I will say my farewells and thank you for reading my monthly posts. I hope all goes well in your future endeavours.

For the past month I have read the whole series of The Mortal Instruments, and have enjoyed doing so very much. This series of five books is written by Cassandra Clare, are irresisitable tp put down, and are full of terror, action and drama. The books in this series are (in order from 1-5) City of Bones, City of Ashes, City of Glass, City of Fallen Angels, and City of Lost Souls. There is to be a sixth book coming out on March 19 2014, called City of Heavenly Fire.

Clary Fray is a Shadowhunter — a member of a secret society of demon hunters. Take that fraught premise and toss in some vampires, werewolves, warlocks, faeries, and a teenage love triangle, and you’ve got the general idea. With a movie version of the series in the works, now’s the time to jump on the bandwagon. Start with City of Bones and prepare to be hooked! — Entertainment Weekly

From the First book (City of Bones) Clary Fray, a 15 year old, redheaded teenager discovers she has, what Shadowhunters call, the Sight. It’s the ability to see the secret society of Downworlders and Shadowhunters when no mundane can. This is how she meets Jace Lightwood, the very cavalier Shadowhunter. Clary and her mundane  friend Simon go to a party at Pandemonium club, where Downwordlers and mundanes mingle, and she sees Jace Lightwood with a knife darting after a demon disguised as an electric blue haired teenage boy. For fear of the boy, she follows them through a door titled ‘No Addmitance”. When Jace, his sister Isabelle and brother Alec (also shadowhunters) realize she can see them they are astounded and take her the New York Institute. She is declared to have shadowhunter blood, after Jace places a rune on her skin and she has no side effects. She soon falls for the young Shadowhunter, as does Jace for her. But terror arrises when Clary goes home and her mother (Jocelyn Fray) is missing, the apartment is diserted…except for the grotesque Ravenour demon standing before her. Throughout this book Clary tries to find her mother, discovers her love for Jace, and learns that her mother was once a shadowhunter which means one thing: Clary Fray is a Shadowhunter.

In the second book City of Ashes, her long lost father Valentine announces that Jace and Clary are siblings. Jace and Clary are forced apart for it is wrong to love your brother. Valentine finds this highly amusing, for he knows the true secret behind Jace and Clary’s bloodline. Clary finds her mother, but her mother is in a deep, magically enhanced coma which can only be come out of with the magic that caused it. While Clary finds a way to cure her mother, Valentine keeps acting in his plot to force all downworlders and Shadowhunters to follow under his lead. A love triangle has formed between Simon, Jace, and Clary. Luke (good friend of Clary’s mother) tells Clary the whole story behind her Shadowhunter mother, how he is a werewolf, and how Clary’s mother never wanted Clary to be a Shadowhunter like she once was, so she ran away from the Clave and her husband so Clary could have a normal mundane life.

The third instalment of this series is City of Glass. Jocelyn Fray (Clary’s mother) is out of coma, Clary has learned to use her Shadowhunter abilities from the teachings of Jace, and Simon is now (surprisingly) a vampire. Even more shocking; Clary and Jace discovered that they are NOT siblings. Valentine wanted to put them into misery by telling them this. Jocelyn explained to Clary that when she was still married to Valentine, she discovered that he was experimenting with the mixed blood of demons with Shadowhunters to enhance their ability to be stronger, faster, swifter, and practically invincible. She gave birth to a son, Jonathan Christopher Morgenstern, and Valentine had asked Lilith, “Mother to all Demons and Warlocks”, to mix her blood with Jonathan’s to make this new race of Shadowhunter. Jocelyn recalled that Jonathan was born with black eyes as deep as lost, dreary tunnels and was so frightened of her child she could bear no more what Valentine was doing. She fled, but soon after she discovered she was pregnant with her second child; Clarissa Adele Morgenstern (Clary’s full name). Before Jocelyn left and while she was pregnant with Clary, Valentine had put Angel blood into Jocelyn’s food causing Clary to have an Angel enhanced ability; to create runes no one has ever see before. As for Jace, he was the son of Stephen and Celine Herondale and Valentine had also given Celine Angel blood during her pregnancy causing Jace’s gift to be the ability to be fast and swift like Jonathan. Clary places the Mark of Cain on Simon’s forehead, causing anyone who tries to attack him explode into tiny salt granules. Valentine dies finally when he summons the Angel Raziel, but not before he killed Jace. Raziel asked Clary for one gift she would like to receive and she replied with one word; “Jace.” Jace was alive again and Clary lived happily ever after….for a few days anyway.

Shadowhunter: people created from the blood of the Angel Raziel and human blood mixed in the Mortal Cup; this new race was called Nephilim. Nephilim bear themselves with marks called “Runes”. There is a rune for everything and it allows them to take on the new gift of each rune, which gives them their swiftness and grace.

Runes: created when using a Stele, when scrawled on a Shadowhunter’s skin it appears like black ink. Each rune has a different purpose and ability like Speed, Thermal, Agility, or Strength. There are hundreds of runes, and all come from The Gray Book, well all the runes except for the ones Clary can make.

Stele: a hand sized object made of Abadam (pure, form of volcanic rock). It is used to draw runes.

Institute: a head quarters for Shadowhunters. There is one in almost every major city, in every country. The Lightwoods run the New York Institute.

Downworlder: the Downworlders are part of the secret world which mundanes can’t see. They consist of The Fey (fairies), Lilith’s Children (warlocks), Vampires, and Werewolves.

Mundanes: Humans that don’t have the Sight. Meaning they can’t see downworlders and Shadowhunters. They have no knowledge of the world in which Shadowhunters live. They also can’t bear Runes for they will turn crazy and turn into Forsaken (possessed form of human from the result of the Runes on a mundanes skin).

Witchlight: the shadow world lives by Witchlight, not electricity. It is a magical source of light and glows very brightly. Almost every Shadowhunter owns a Witchlight stone; a stone that gives off Witchlight when a Shadowhunters touches it.

In History class we had to find a Canadian Confederation related cartoon. I found this cartoon of John A. MacDonald drawn as a Greek God or “Ulysses”. This is a positive view of Canada’s first Prime Minister. It shows that Canadians obviously view MacDonald as a great person to be compared to a Greek God. As Ulysses counselled the Greek people, MacDonald wisely counselled the people of Canada.

The quote at the bottom of this cartoon says “Ulysses, first in public cares, she found, For prudent councels like the gods renowned”

In Science class we made Prezis on water issues world wide. My group and I chose ‘Unnecessary Use of Water’ explaining ways to conserve water, and our comany ‘Beetee and Wiress Water Conservation Technologies’ came up with two incredible ideas to change the course of conserving water.

HIV: Human Imunodeficiency virus and AIDS: Aquired Immune Deficiency Syndrome, are two important topics you should be aware of. HIV is a virus, and AIDS is a disease. There are multiple ways to get it, and prevent it. It’s a major issue in Africa because the people cannot afford the medicine to save their lives. Watch my Prezi and learn why it is an important Global Issue, how to prevent it, and how you can help stop AIDS and HIV.

AIDS and HIV on Prezi

ade a difference in Canada’s political past whether it involved the Great Coalition or being the first Prime Minister of Canada. My partner Lauren and I interviewed George Brown. Listen to our podcast to hear the interview. george brown interview

The Titanic is a movie that has had a major impact on me. I have watched this movie numerous times before, and I still continue to watch it in my spare time. The movie was first released in 1997, the director and writer was James Cameron. This exhilarating movie is going to be launched again in 3D on April 4, 2012. It’s a tragic love story involving two characters: 17 year old Rose Dewitt Bukater and Jack Dawson. While Rose is part of the upper social class and Jack isn’t, they end up falling madly in love. These two very different people meet when Rose attempts to commit suicide by jumping of the stern of the ship because she doesn’t want to marry Cal Hockley (her fiancee- arranged by her/his parents), but Jack spots her and immediately jumps into action by stopping her. After that they spend the last day that the Titanic will ever see together, although they do not know this. Rose asks Jack to sketch her wearing the Heart of The Ocean, a necklace which was the engagement present Cal gave to her. She keeps the necklace safe with her, but they store the photo in Cal’s safe. When the Titanic hits the iceberg, Jack and Rose jump off together and hold on to a panel from the debris of the ship. They say their last words and Jack dies from hypothermia, and Rose is rescued by a lifeboat. While she aboard a new ship she changes her name to Rose Dawson, and she throws the Heart of the Ocean into the oceans deep waves, never to be seen again.

Nearly 60 years later in 1996, a treasure hunter Brock Lovett finds the picture of Rose wearing the Heart of the Ocean found in Cal’s safe. Rose hears of this and approaches Brock, telling him she was the woman in the photo and had tossed the necklace in the ocean

The target audience is for ages 13+, because it is rated PG 13 due to some nudity and acts of violence. It appeals to the target audience because for people to love this movie so much, they are reproducing it just so we can see it again on the big screen in 3D.

In Science class we made glogs about different glaciers in Canada. My glacier is the Peyto Glacier located in Calgary, Alberta. Peyto Glacier

In history we learned about Canada launching confederation and were asked to answer some questions to show our knowledge.

Nunavut was the last territory to be apart of Canada.

I was unaware that…

Ontario and Quebec were known as upper and lower Canada. 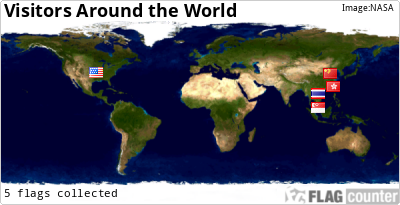